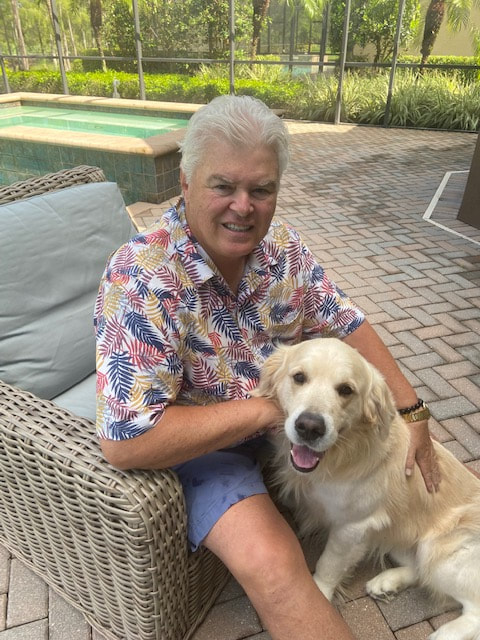 “I stuttered as a kid and couldn’t always say what I wanted without being self-conscious. I began to write my thoughts down and soon discovered I could say anything. Writing became my salvation and has never left me.”
Stephen McGuire, Author

Steve is a native of Louisville, Kentucky, and had a 30+ year legal career serving as an attorney and a federal judge in Washington, DC.  Steve retired in 2008 as the Chief Judge of the Federal Trade Commission, where he received the FTC Distinguished Service Award and was honored by President George W. Bush for his service to the nation’s judiciary. He has two certifications from Harvard University, one from the John F. Kennedy School of Government, and the other from Harvard Law School. Subsequently, he became Vice President for Corporate Compliance at the University of Louisville Hospital.​

He has traveled to over 65 foreign countries, including 10 communist countries. Among his more memorable trips were those to Cuba (where his letter about the culture and lifestyle of Havana was published by Cigar Aficionado magazine), Africa, India, Vietnam, and Japan. In July 2019, he and his wife, Doris, taught English to high school students in the Fujian Province of China. Steve is scheduled for over 40 speaking engagements (May 2021-March 2023) at book stores, libraries, country clubs, civic associations, art center and radio shows. Steve has been interviewed on the following radio shows: Beach Talk Radio, Fort Myers, FL; The Mike Boyle Show, Colorado Springs/Denver, CO; The Bob Harden Show, Naples, FL; and Lars Larson, nationally syndicated. Steve is a member of the Gulf Coast Writers Association, Inc. and The Friends of the Library of Collier County.